ABSTRACT: Ir(III) complexes are divided into two classes: (1) homoleptic complexes containing three identical cyclometalating ligands and (2) heteroleptic complexes with two identical cyclometalating  ligands and an ancillary ligand. Two types of geometric isomers (i.e. facial and meridional) are found in homoleptic complexes. Although there are exceptions, it is accepted that facial Ir-complexes have better photophysical properties, including high emission quantum yields and suitable lifetimes, than meridional Ir-complexes. Heteroleptic Ir-complexes have two identical cyclometalating ligands and one ancillary ligand. Based on the geometry of the cyclometalating ligands, heteroleptic complexes can also be classified as one of two isomers (i.e. cis or trans). To prepare highly phosphorescent Ir-complexes, which are essential for practical applications in OLEDs and APS, nonradiative processes should be suppressed. An electron can be populated in the antibonding MC state by an electronic d-d transition or by crossing from a phosphorescent state. The activation energies for the crossing from 3 MLCT to non-radiative decay ( 3 MC and/or vibronic relaxation) were estimated from the temperature dependencies of the emission lifetime and theatrical calculation. The experimental results were in line with the theoretical calculations based on integrating quantum chemical modeling methods. The experimental and theatrical investigation is well determined by steady-state spectroscopy, time-resolved spectroscopy, and Gaussian 09 study.
BIO: Dr. Yang-Jin Cho is a PostDoc working with Prof. T. Don Tilley in Chemical Sciences Division of LBNL, and affiliated with department of chemistry, UC Berkeley. He received Ph.D. and B.S. in Chemistry at Korea University, Korea. He is now working on synthesis and investigation of Co-cubane as O2 evolution catalyst. 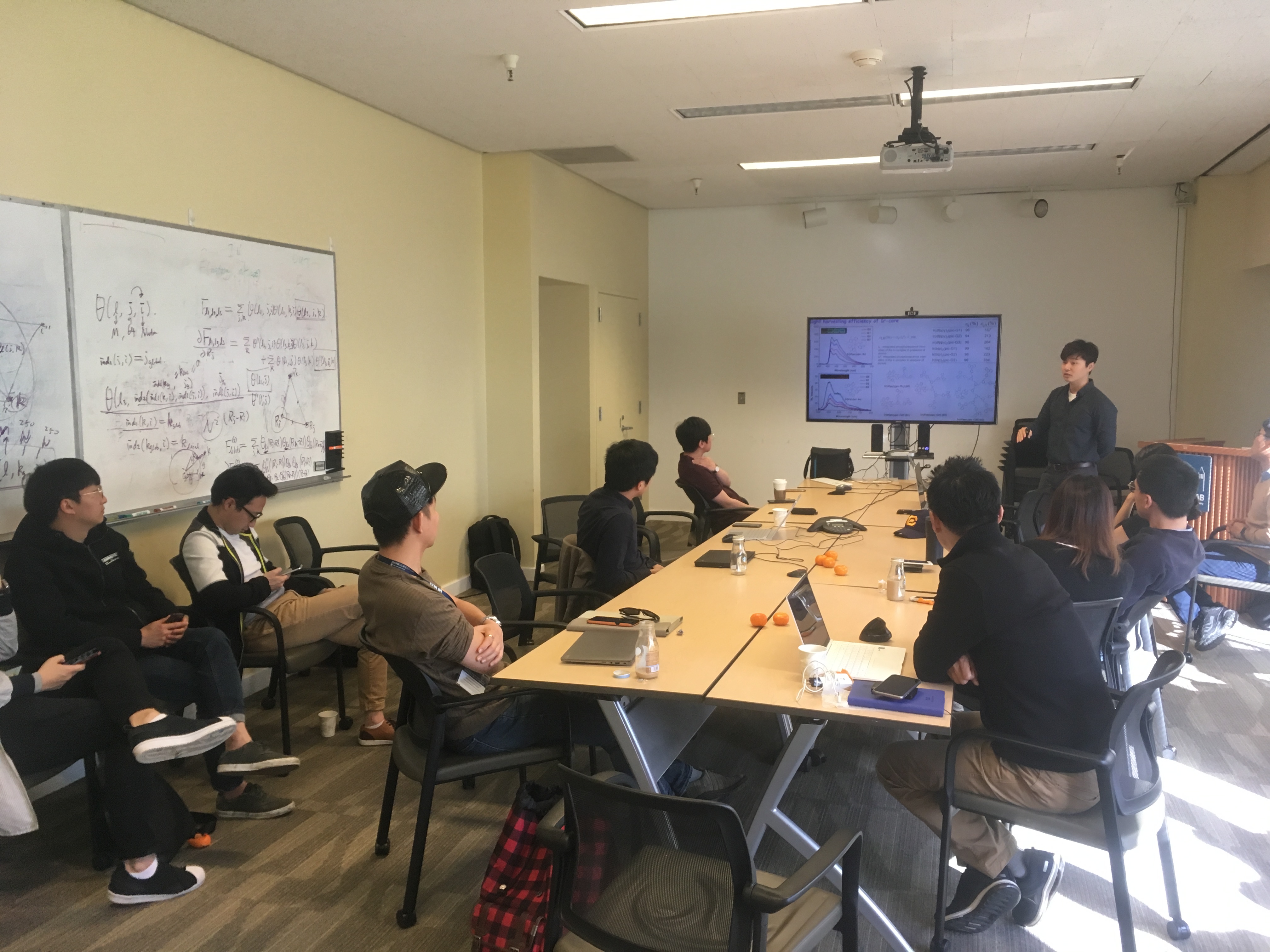