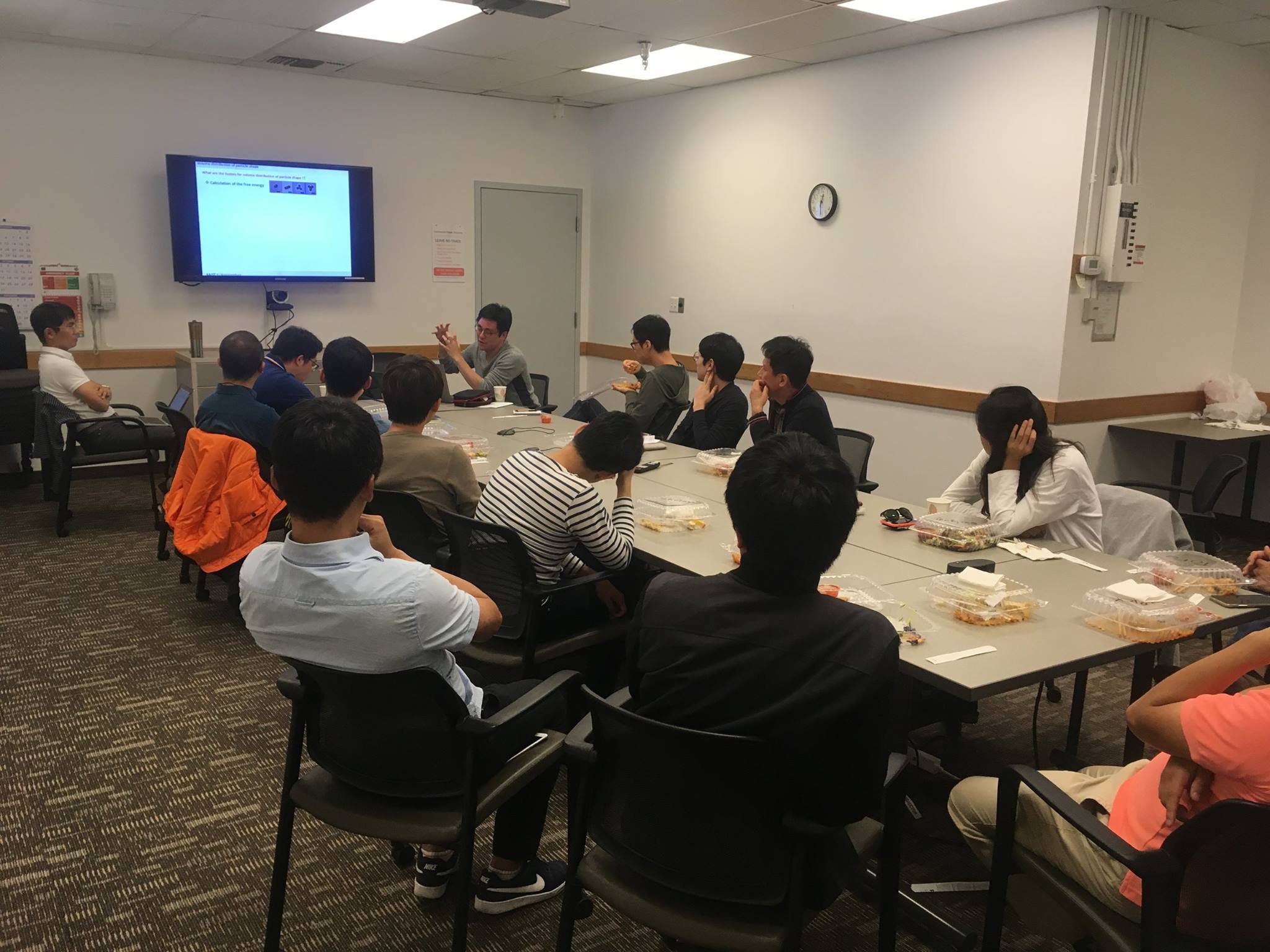 Abstract : Shape-anisotropic particles have drawn significant attention as building blocks for colloidal superstructures. The anisotropic shape gives rise to unusual physical responses, such as interparticle capillary interactions, light-matter interactions, rheological behaviors under flow, and collective behaviors under external fields. Significant progress has been made in controlling the shape of inorganic nanoparticles, including rods, tetrapods, and ellipsoids. However, it still remains a challenge to develop anisotropic soft polymeric particles by solution processing, particularly in the size range of 100 nm to several micrometers.

Conventional methods for the fabrication of nonspherical polymeric particles are based on mechanical deformations which are either expensive and/or improper for large-scale production. Recently, rather simple method for generating nonspherical polymeric particles was developed using self-assembly of block copolymers (BCPs) confined in emulsion droplets, induced by evaporation of solvent from the interior phase of the emulsion. Due to the soft-confinement of BCPs within the emulsion droplet, anisotropic particle is generated to minimize the free energy of BCPs. Here, we introduce the shape-controlled BCP particles from emulsions depending on size of the emulsion, interfacial property, and evaporation rate of the solvent. Theory and simulation explain the self-assembly physics of BCPs under soft-confinement from the emulsion droplet.